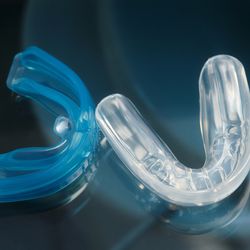 Have you ever been suddenly woken up in the middle of your sleep due to the inability to breathe? Or, does your bed-mate always complain that you snore a lot and they’re frequently disturbed by it? This may not sound too serious and seem like a minor breathing issue, but it is much more! It’s called obstructive sleep apnea.

What is sleep apnea?

Sleep apnea is a major breathing disorder where the patient experiences a sudden inability to breathe when they’re sleeping. This occurs due to the collapse of the tissues in the throat that block the airway. The continuous supply of oxygen to the lungs and to the brain will be interrupted, which is when the brain signals the body to wake up. People who experience obstructive sleep apnea find it quite traumatic and disturbing as they experience a sudden jolt due to the blockage in the throat.

What are the symptoms of sleep apnea?

Earlier, people with sleep apnea had very few treatment options, most of which were barely effective. In recent times, the standards of sleep apnea treatment have improved so much that the oral appliances we use now are much effective, lighter and very comfortable. One of the most popular ones is the CPAP (Continuous Positive Airflow Pressure). It comprises of a mask that comfortably fits on the mouth and nose. It is connected to a continuous supply of oxygen which keeps the airway open throughout the night. The airway doesn’t get blocked and the lungs get a continuous supply of oxygen.
Another method of treating sleep apnea is using oral appliances. An oral appliance is a mouthguard-like wearable that you can be inserted into your mouth every time you go to sleep. It brings forward the lower jaw, thereby expanding the airway and letting in more air pass through it and also prevents the collapsing of the soft tissues from the roof of the throat. Its contour can be customized according to individual patient requirement. It is light, convenient, portable, easy to put on and take off, easy to clean, and very effective.
Don’t ignore sleep apnea as it can advance to many serious stages and lead to other health issues. Get the right treatment and return to having a sound sleep every single night.

Christmas is a time for celebration, family, and gift-giving. However, Christmas can also be a very stressful time …

How Stress Is Affecting Your Oral Health

Stress is a part of everyday life. Stress can be good, such as feeling excited about an upcoming …

4 Bad Habits That Can Damage Your Teeth And Oral Health

Practicing good habits like these can improve your oral health, prevent tooth decay and gum disease, and save …

Best Tips To Have A Healthy Smile

A beautiful smile can completely change a person's appearance. Good oral health is essential for a good smile …

Orthodontic treatment by the dentist in Mountain View, CA, involves using braces and Invisalign to correct bite and …

Thank you for submitting your request. Our office will get back to you.